How to improve performance and reduce risk? 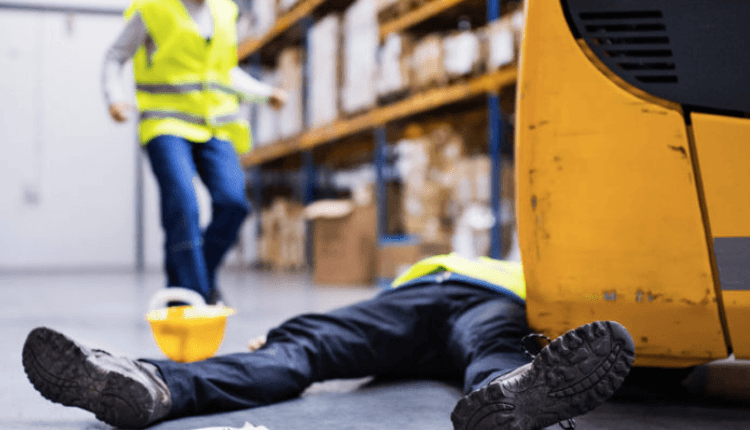 WATCH OUT FOR FIGURES!

Accident rates vary widely from country to country, but the figures need to be qualified. The front runner, France, for example, reported 3.421 accidents per 100.000 workers, followed by Portugal with 3.343 and Spain with 3.275 accidents. The lowest accident rates were reported in Romania and Bulgaria, with 93 and 78 non-fatal occupational accidents per 100.000 workers respectively. Does this mean that contractors are safer at work in the eastern Member States? No, it has everything to do with the accident reporting system. Insurance-based systems (such as in Belgium, France, Spain and Portugal) offer considerable financial compensation to the victim when an accident is reported, in contrast to legally compulsory systems (such as in most Eastern European countries) where victims are covered by the general social security system. Thus, when interpreting the figures, you should take into account over- and under-reporting.

Non-fatal accidents were most common in manufacturing (19%), wholesale and retail trade (12%) and construction (12%). The sectors of construction, transport and storage, manufacturing and agriculture, forestry and fishing together accounted for about two-thirds (65%) of all fatal occupational accidents. One fifth (20%) occurred within the construction sector, followed by the transport and storage sector (17%). Manufacturing (15%), agriculture, forestry and fishing (13%) are also among the industries that recorded a high number of fatal accidents.

Looking at the type of injuries caused by work-related accidents, superficial injuries (29%) are the most common, followed by dislocations, sprains and strains (26%). Concussions and internal injuries (19%) and broken bones (11%) are also relatively common. Other accidents such as shocks (4%) and burns, scalds and frostbite (2%) are less common.

*All links lead to Dutch pages 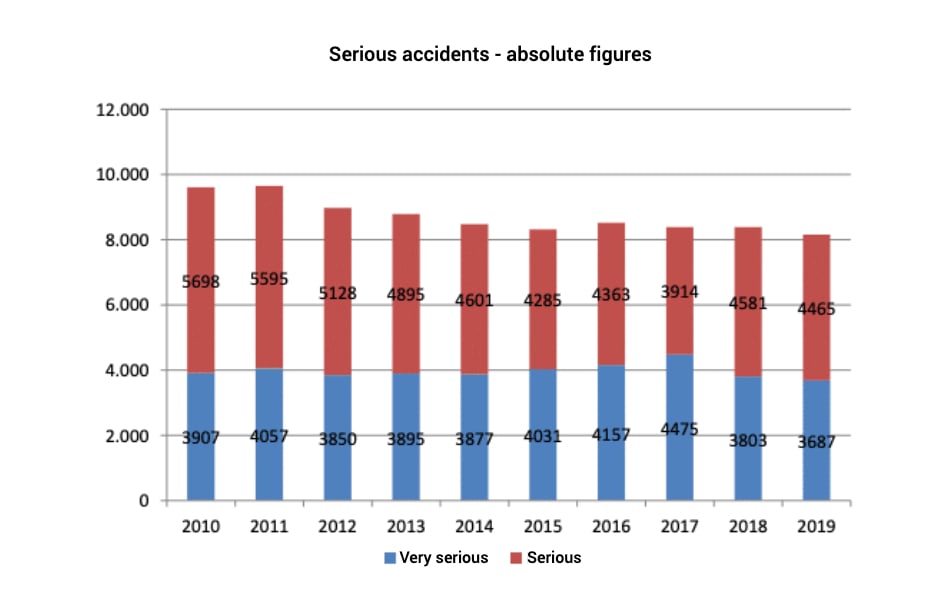 Health and safety at work is one of the areas in which the European Union has had the greatest influence. As laid down in Principle 10 of the European Pillar of Social Rights, workers have the right to a high level of health and safety protection at work and to a working environment that is adapted to their professional needs. Article 153 of the Treaty on the Functioning of the European Union gives the EU the power to adopt directives in the field of safety and health at work in order to support and complement the actions of the Member States. Directive 89/391/EEC , the so-called OSH Framework Directive, lays down the main principles for encouraging improvements in the safety and health of workers at work. It ensures minimum safety and health requirements throughout Europe. The EU directives have to be transposed into national regulations by the Member States. In our country, through the High Council for Prevention and Protection at Work, this has been laid down in the Act of 4 August 1996 on the well-being of workers in the performance of their work, briefly called the Welfare Act.

THE ROLE OF THE CLIENT

In order to prevent as many industrial accidents as possible, the law has placed a lot of responsibility on the client. It is his responsibility to ensure a safe workplace. What are the principal’s obligations?

In the event of a work accident, the burden of proof of non-liability lies with the client. He is therefore always liable for personal injury until he can prove otherwise. For example, he will have to prove that he has fulfilled his duty of care to provide a safe working environment for third parties in all respects. The first line of defence against accidents at work is, therefore, the correct safety procedures. In this way, the client avoids increasing financial costs, loss of productivity and loss of image. 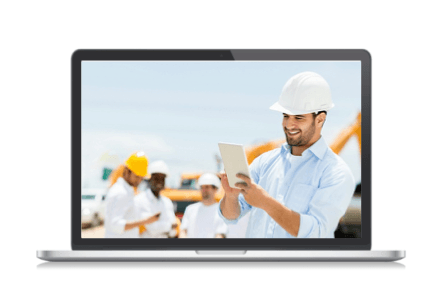 THE PURPOSE OF CONTRACTOR TRAINING

Strong safety training is so much more than just signing an A4 sheet of guidelines. Adopt a proactive approach to safety in order to prevent incidents. How? By having your contractors and subcontractors go through a mandatory training process during the qualification phase. What requirements does quality contractor training meet?

This type of training is designed to reduce organisational risks and comply with local or national policies and government guidelines. It is an efficient way of informing and testing its own employees and third parties (such as contractors, suppliers, customers and patients). Topics are determined according to the needs of the company or organisation, industry standards and required legal frameworks. The advantage of e-Learning? You can supplement the training courses with ever-changing test questions. You have the choice between simple, short modules of a few minutes to whole safety courses, intended for large companies with many employees and/or contractors.

What can you do with an Onyx toolbox? Inform third parties or your own employees about the work to be done and the associated risks. The toolbox shows, in a clear manner, which measures must be taken in order to reduce these risks to a minimum. If desired, a knowledge test can be linked to the toolbox. Participation and test results can be registered via the Onyx One platform.

Long queues at the gate? Contractors only half-aware of safety regulations and not really applying them? The Onyx gate film provides the solution. The digital gate instruction is fully customised. The contractor follows the safety training beforehand and receives a number of test questions on site to see if he or she understands the safety rules. Only after successful completion of the test they will be granted access to the site.

THE ADVANTAGES OF ONLINE CONTRACTOR TRAINING

By integrating test questions, your employee or contractor is obliged to go through the online module carefully and completely. If he or she does not pass the test, access to the site can be denied.

Standardisation of training material is of crucial importance. The introduction of online training ensures uniform training, which contributes to the quality of the training. Everyone gets the same content presented in the same way.

EU-OSHA, the European Agency for Safety and Health at Work, requires that safety training must be available in the user’s native language. This is taken into account when designing customised e-learning. For some clients, we create online safety modules in more than 20 languages.

Traditional methods hamper productivity because they have to be followed during working hours. This often creates queues at the gate. Online safety training offers greater flexibility because it can be taken in advance and remotely.

Does safety play a major role in your company’s contractor policy? Onyx One, the industry’s contractor management platform, helps you ensure that safety. The platform can be used in a ‘light’ version for training, testing and monitoring third parties. The ‘full’ version streamlines the entire work process: